Following the Axis occupation of Yugoslavia in 1941, the country was divided into several territories. Among these was the Independent State of Croatia (Nezavisna Država Hrvatska, or NDH), which was established on 10 April 1941. 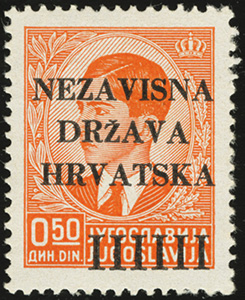 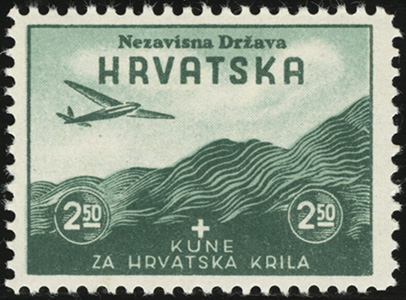 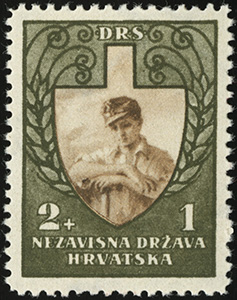 Though technically a monarchy and Italian protectorate, the government was controlled by the fascist Ustaše movement, which was a puppet of Nazi Germany.   During the occupation period, the NDH issued a variety of stamps commemorating the NDH, the Ustaše movement, and the Croatian people and armed forces. 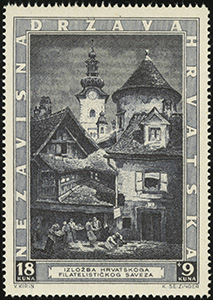 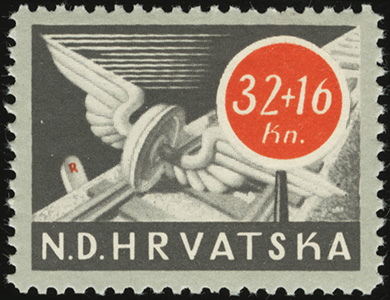 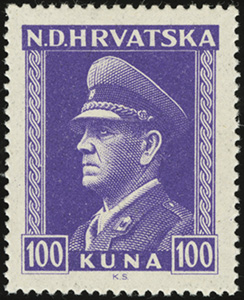 Following Italy’s capitulation in 1943, German forces occupied western Croatia, and the Croatian government annexed those portions of the country previously ceded to Italy in 1941.  In early 1945, the Croatian army withdrew to Zagreb in the face of the Red Army.  They continued fighting until a week after the German surrendered, at which point they finally surrendered, and the Independent State of Croatia ceased to exist.