During the short period in which the Dutch Legion was in existence, several propaganda labels were privately produced and sold as a means of fundraising to benefit the legion. 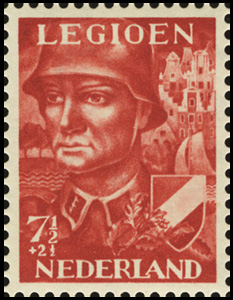 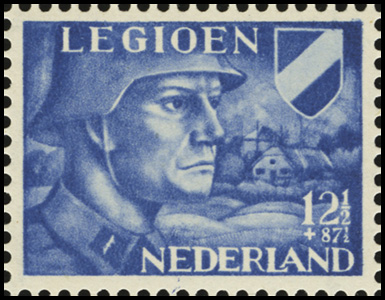 In November 1941, the Legion was ordered to the Eastern Front near Leningrad.  Between January 1942 and April 1943, the Legion participated in the Siege of Leningrad, as well as the First and Second Battles of Ladoga.

In mid-1943, the Legion was reformed as a Panzer Grenadier Brigade and sent to Yugoslavia.  It remained there until Christmas 1943, when it returned to the Army Group North on the Eastern Front.

Over the next year and a half, the Legion would conduct a fighting retreat as part of Army Group North, until finally trapped in the Courland Pocket.  In January 1945, the Legion became one of the few units to be evacuated from the Pocket when it was transported by sea back to Germany.

The Legion was split into two Kampfgruppes, and once again assumed a position on the line facing the Red Army. In the final days of WWII, the de Ruyter Kampfgruppe dashed west to surrender to the American Army, while the General Seyffardt Kampfgruppe was destroyed at the Battle of Halbe.

The survivors of the Legion were eventually tried in the Netherlands after the war, with many receiving death sentences for their participation. 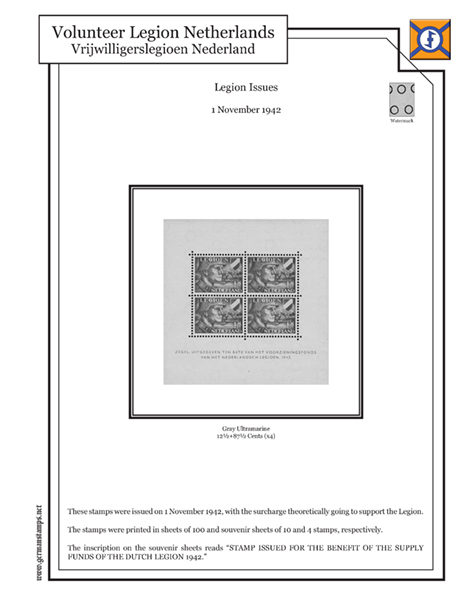