In June 1941, leaders of several of the more fascist political parties in Vichy France began coordinating with the German government to raise French forces to support the German fight against Russia on the Eastern Front.

The German government accepted the offer, but placed limitations on the size. composition, and employment of the French forces to avoid the prospect of Germany owing anything to the French when the war was over.

During the period from July 1941 to June 1944, approximately 13,000 volunteers applied, but only about half of them were accepted by the German selection team. These volunteers would comprise the Légion des Volontaires Francais Contre le Bolchévisme (“LVF”). 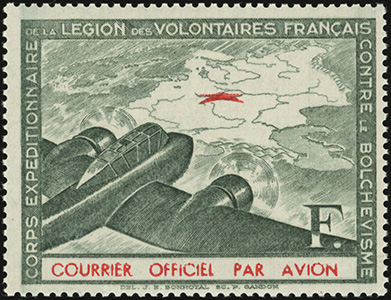 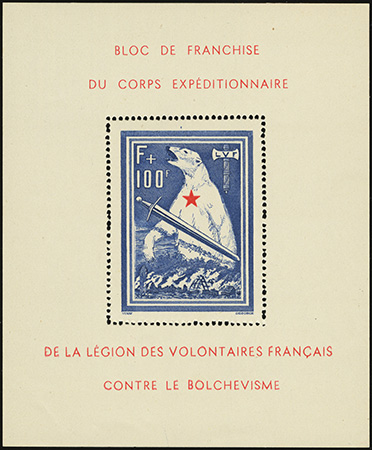 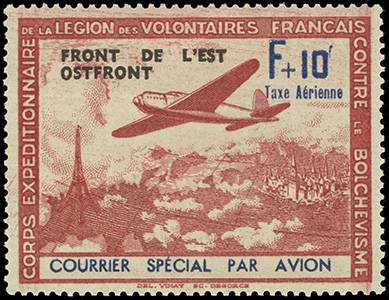 During the short period in which the LVF was in existence, several propaganda labels were privately produced and sold as a means of fundraising to benefit the legion.

The Legion would serve on the Easter Front in the battle against Russia until June 1944, when the survivors were incorporated into the French Waffen SS Charlamagne Brigade.

In addition to the LVF, French forces would serve in dedicated German SS units, intelligence organizations, the Kriegsmarine, Luftwaffe, and the Phalange Africaine in French Tunisia. 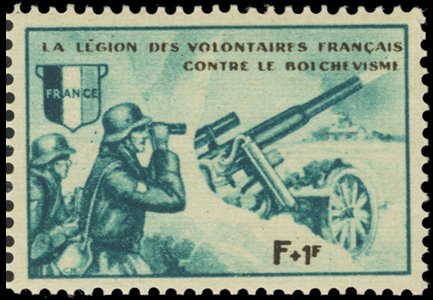 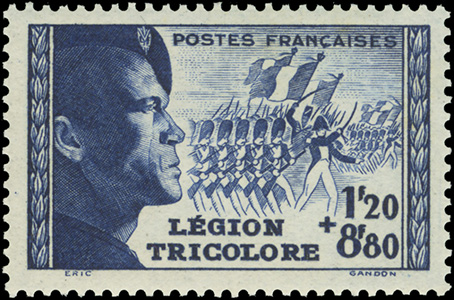 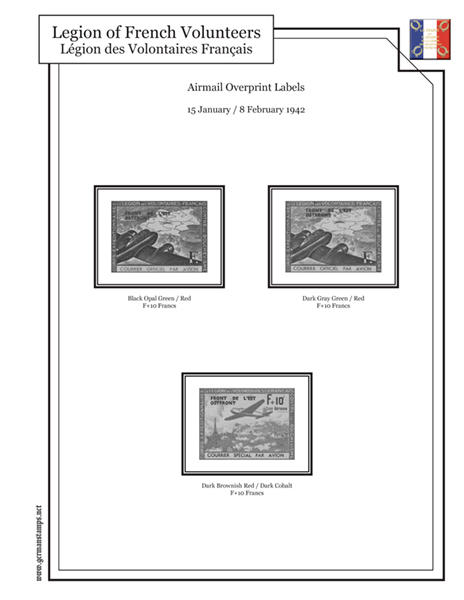