From approximately 1860 until 1885, German interest in the Caroline Islands (in German, Karolinen) was limited primarily to mercantile firms seeking trade. In 1885, however, the German government moved to lay claim to Yap, in the western Carolines. This was met with fierce diplomatic opposition by the Spanish, who had traditionally controlled the area. Pope Leo XIII, acting as a mediator, awarded the islands to Spain, where they remained until the Spanish defeat during the Spanish-American war in 1898.

Following its defeat in 1898, Spain lost interest in its Pacific holdings. In 1899, Spain sold its holdings in the Carolines to Germany, who quickly incorporated them into the Protectorate of German New Guinea.

As with most of the German Colonies, the Karolinen postage consisted of overprints of German issues, followed by versions of the Yacht Issues. 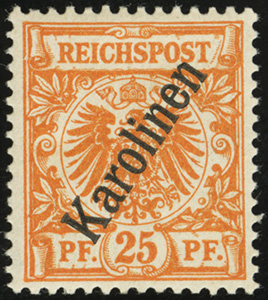 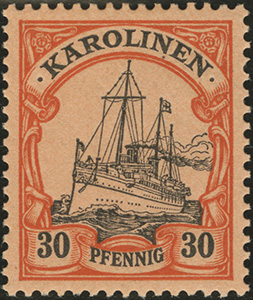 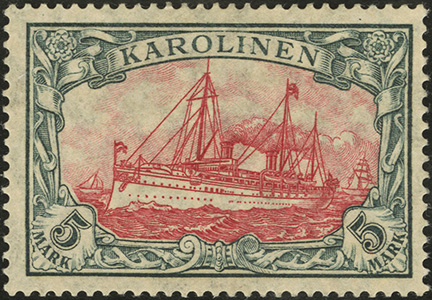 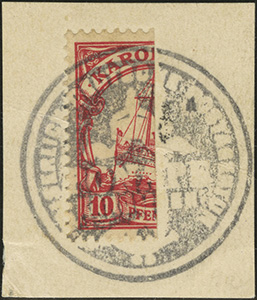 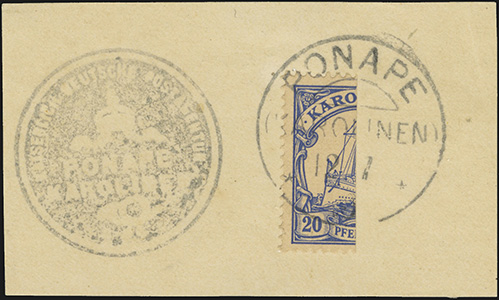 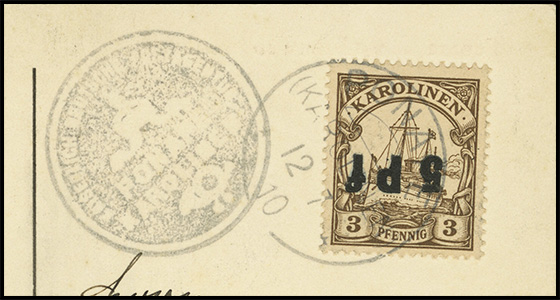 With the outbreak of World War I, Karolinen quickly fell to Japanese forces. Ponape and Yap fell on 7 October 1914, followed by Palau, Truk, and Anguar over the next week. 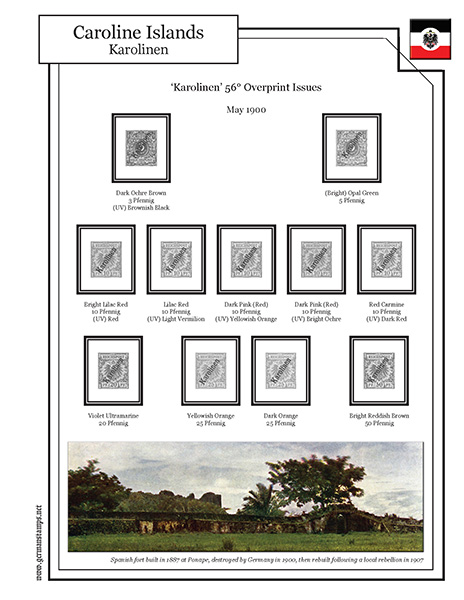