In the summer of 1941, German forces overran Latvia (Lettland) as part of Operation Barbarossa, the German invasion of the Soviet Union.  By late 1941, Latvia, together with Lithuania, Estonia, and western parts of the Soviet Union, was incorporated into the Ostland administrative region.

During the German occupation, a single set of overprinted stamps was released specifically for use in Latvia. 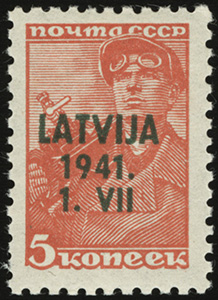 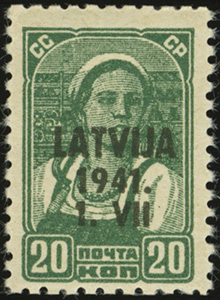 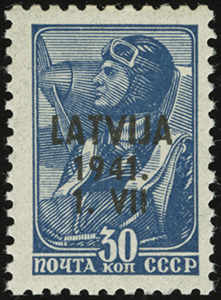 The occupation lasted until the summer and fall of 1944, when a resurgent Red Army pushed the German forces west on their eventual retreat to Berlin.  A lone pocket of German resistance remained in the Kurland (Courland) region, where the Courland Army Group held out until May 1945.

Following its liberation, Latvia would not return as an independent nation.  It was occupied by the Soviet Union, where it remained until its independence was reestablished in 1991. 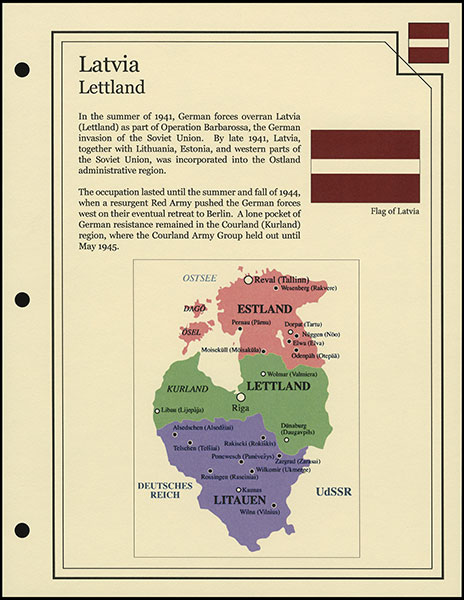