When Germany initially declared war on Russia, German forces in the east assumed a strictly defensive posture.  Russian troops penetrated into East Prussia, but were driven back in a counterattack,with Germany eventually occupying the northern part of Russian Poland.

This area of Russian Poland was placed under German administration as the “Generalgouvernement Warschau” (General Government Warsaw).

Germania postage was overprinted for use by civilians in the occupied area. 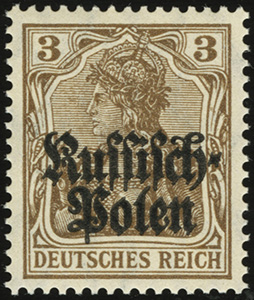 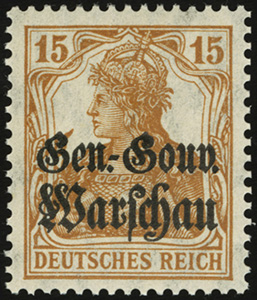 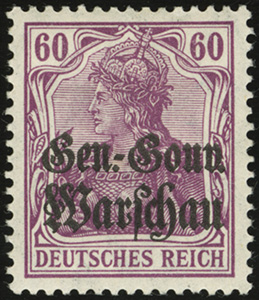