The postage used at the German Post Offices in Morocco consisted of overprints of German Krone / Adler and Germania Issues. 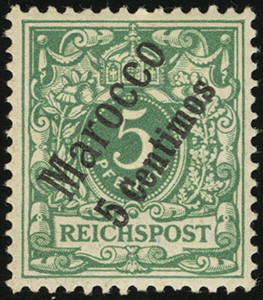 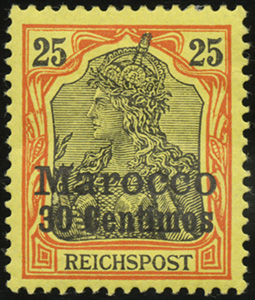 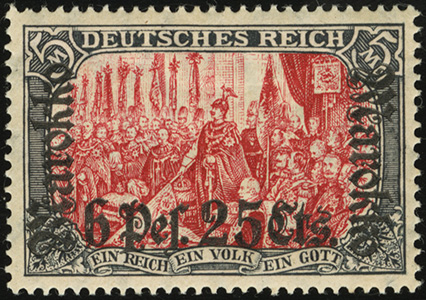 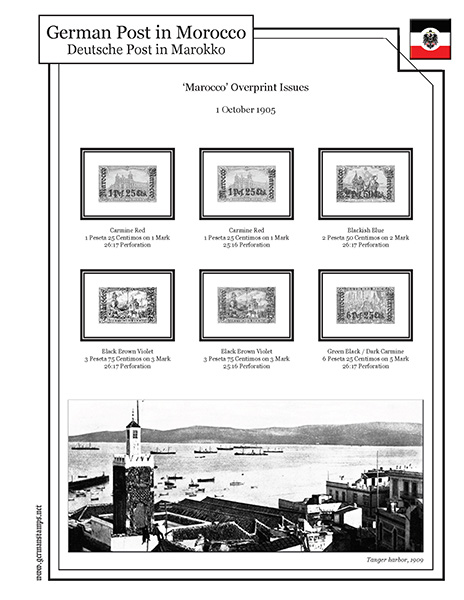