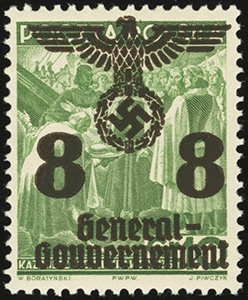 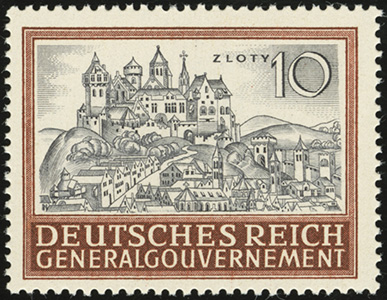 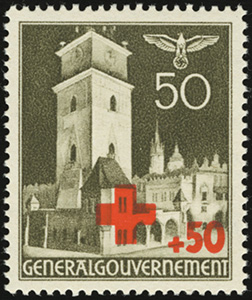 The collection shown here also includes stamps printed or used by non-governmental entites within the Generalgouvernement, inclusing partisans opposing the government during the Warsaw Uprising of 1944, and Jews living in the Łódź/Litzmannstadt ghetto. 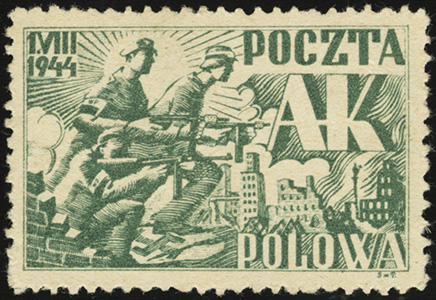 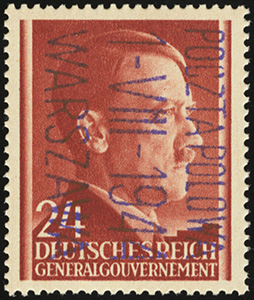 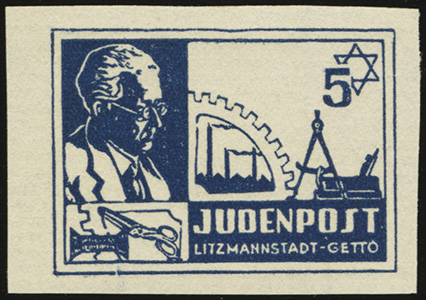 The Generalgouvernement lasted until 1944, when the Russian advance through Poland led to its fall. 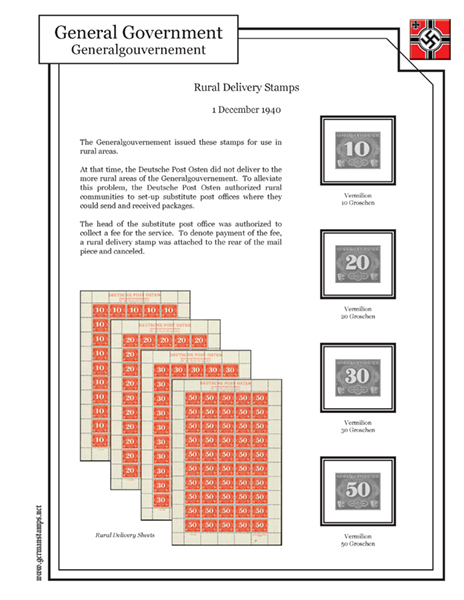