Prior to 1920, German Federal agencies were exempt from paying postage on official mail. State agencies were not, however, and several states entered into private contracts for that provided for lump-sum payment of postage. To track usage, counting stamps were used on official mail from these States. 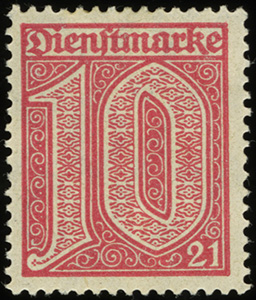 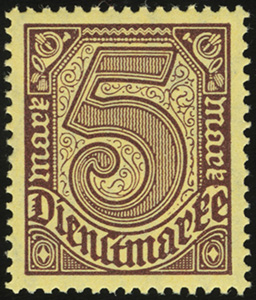 Early official stamps of the Weimar period were primarily numeral designs featuring the denominations in large-format numbers. Later officials include overprints of German States officials. Finally, later years of the Weimar period saw the introduction of the “Straw Hat” issues, which remained in use from 1927-1936. 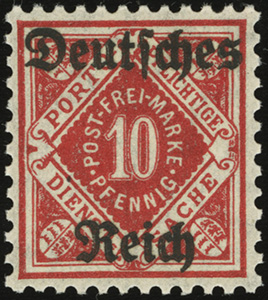 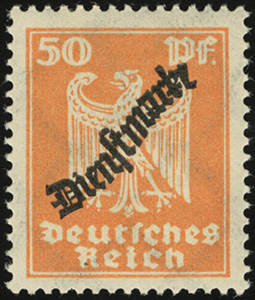 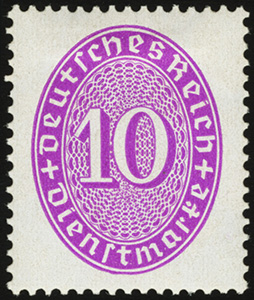 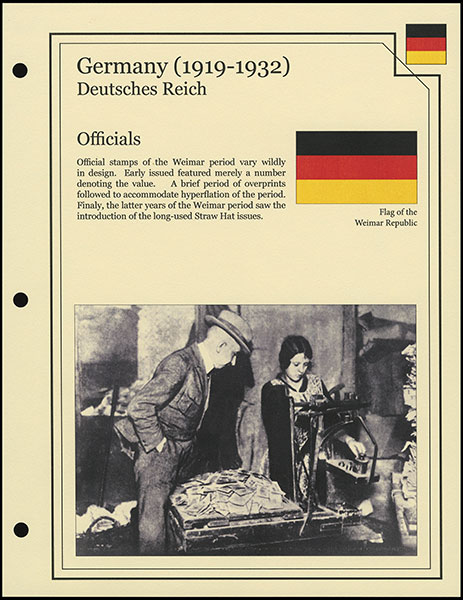