On 4 August 1914, Germany invaded Belgium to begin its offensive on the Western Front.  Most of Belgium was conquered by the first weeks of September 1914, when the lines on the western front settled into fairly stationary positions.

On the Western Front, they divided occupied Belgium into three zones. The largest was the Belgian Generalgouvernement, consisting of Brussels and the surrounding area.

Germany issued overprinted Germania postage for use by civilians within the Belgium Generalgouvernement. 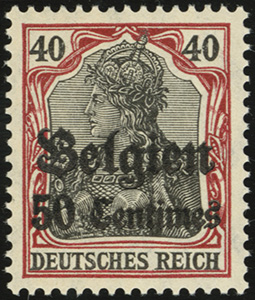 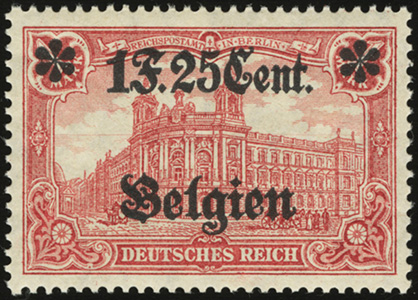 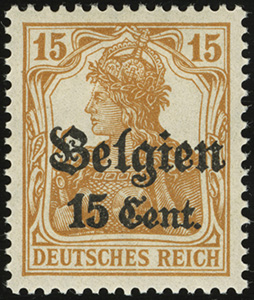