At the close of World War I, the Allies administered several German territories in Western Europe.

A large portion of the German Rhineland was occupied by Allied military forces, with the Americans, British, Belgians, and French sharing responsibility for administering the area.  In their administrative area, the Belgians overprinted Belgian postage for use by the populace.  The occupation lasted until 1930.

The territory of Eupen-Malmedy was placed under Belgian administration until a plebiscite could be held.  When the plebiscite finally occurred in 1920, the vote was run in such a way as to virtually guarantee a vote for unification with Belgium.  Eupen-Malmedy was integrated into Belgium in 1925.  During the period of Belgian administration, the Belgians again overprinted their postage for use. 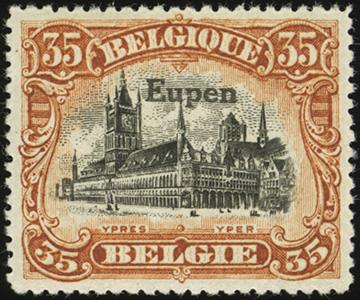 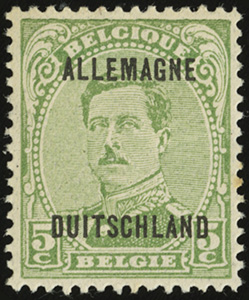 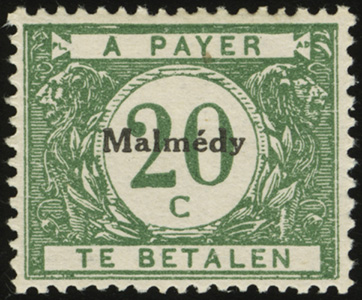 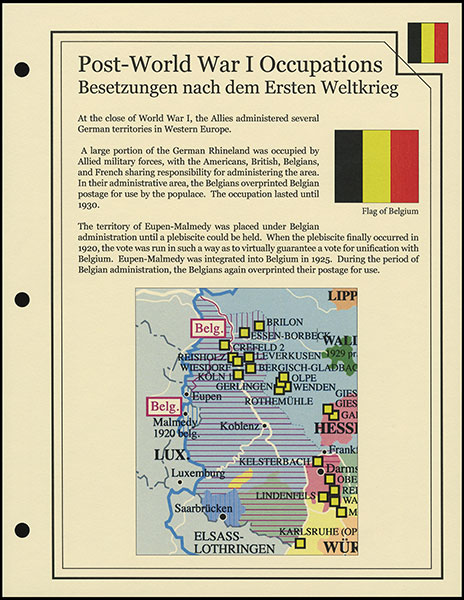