Following the German advance into Belgium and France in the early days of WWI, the Germans set-up several administrations to govern the occupied areas.

On the Western Front, they divided occupied Belgium into three zones. The largest was the Belgian Generalgouvernement, consisting of Brussels and the surrounding area. A second zone consisted of the coastal areas, which were placed under the administration of the German Navy. In order to provide postal service to civilians living in the these zones, Germany overprinted German Germania issues with “Belgien” and new values, originally issuing these on 1 October 1914.

The third zone consisted of East and West Flanders, including the cities of Ghent and Antwerp, and was controlled by the German Fourth Army. For postal purposes, this third zone of Belgium was combined with the German-occupied portions of northeastern France into a postal administration known as the Etappengebiet West, or Staging Area West. 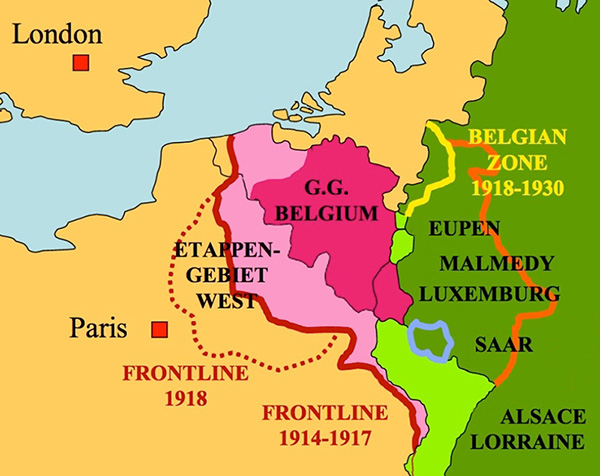 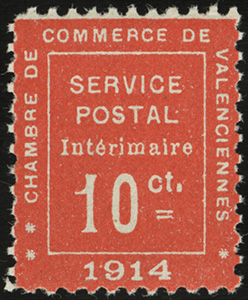 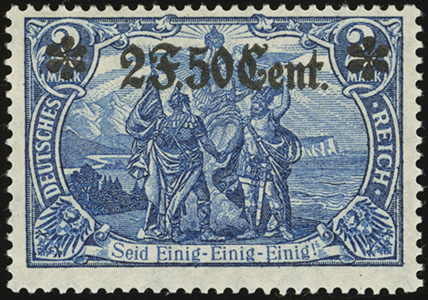 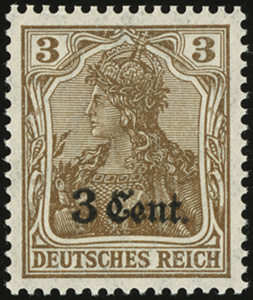 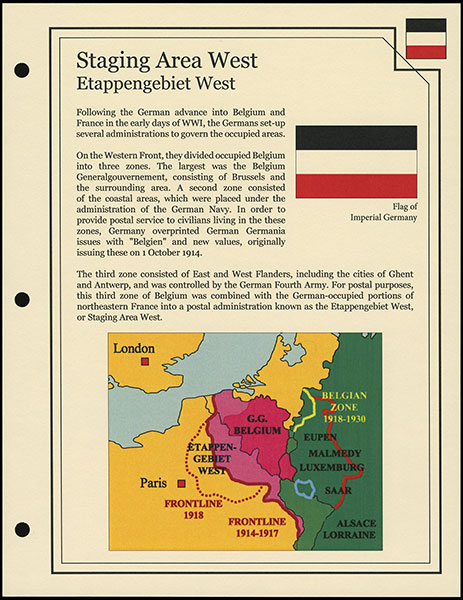